Home > Survivors > Tarana Burke Can Barely Say “Me, Too” in Conversation — Here’s How She’s Bringing the Movement Forward

I first met Tarana Burke in October 2018 at an InStyle dinner in Los Angeles. We had overlapped earlier that year at the Golden Globe Awards, where she and fellow activists joined forces with prominent actresses to represent the launch of Time’s Up. Burke founded #MeToo in 2006 but really surged into the public consciousness in 2017, when the initial sexual-assault allegations against Harvey Weinstein surfaced and the movement gathered momentum online and became a viral hashtag.

A born activist, the Bronx, N.Y., native, who is a survivor of sexual abuse herself, began the drumbeat of women speaking up, being supported, finding people to listen, and, of course, taking action.

And she has not stopped. While the intensity of 2017 has cooled to a more workable climate, Burke has remained steadfast in her vision. She is focusing on creating an online network that survivors can access to find help on a local level.

That said, she’s not #MeToo all the time. She can’t be. After Burke walked into our InStyle dinner that night in October, I raced up to her and said, “Do you need a glass of wine?” She responded with a prompt yes, a laugh, and a grand reveal that, while she’s a pioneer, she’s a woman too. One who keeps the culture in perspective and loves a joke, a whiskey, and a good pair of Fendi boots. Long may she reign.

LAURA BROWN: We know the origins of the #MeToo movement, but I’m curious how it runs day to day.

TARANA BURKE: So, I never wanted to have an organization. I have worked at organizations my entire life, and I wanted to figure out how to do the work and not have to get into the administration of it. In 2018 the day to day was doing different bits of media, traveling around, giving speeches. I would liaise with a group of women who run other national organizations — Aijen Poo from the National Domestic Workers Alliance, Fatima Goss Graves of the National Women’s Law Center, and [Alianza Nacional de Campesinas co-founder] Mónica Ramírez, who is my favorite. We were always strategizing about what’s next and how we move forward. But after Brett Kavanaugh’s [Supreme Court nomination] hearings, I started feeling like I needed more structure.

TB: So, I started the #MeToo International organization in November 2018. And we also partnered with the global ad agency FCB [Foote, Cone & Belding], which helped us build a tool that is launching this summer that serves as a digital platform of sorts for survivors. And for people who want to help support them.

LB: Because previously there weren’t many options.

TB: Previously, if you went on the Internet looking for help as a victim of sexual assault, it would send you to one website, which is RAINN’s [Rape, Abuse & Incest National Network]. They are a great organization and have been doing this for a long time, largely without peers, and they run the National Sexual Assault Hotline. But as a survivor, I need a different kind of information — more accessible, more personal. Me as a survivor and you as a survivor have different experiences around what that means. I always describe our work as healing and action. There is a healing side to the website, and then on the action side is this tool that allows you to put in your zip code and find out all the ways people are working to end sexual violence right in your neighborhood. You can volunteer, donate, pray, all the ways you want to be a part of that. 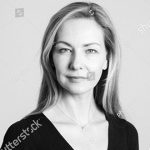 ‘Most counsellors end up in tears within two sessions,’ says Maurie of the horrific childhood he endured, molested by a priest and other predatory clergymen…
Read More

Hi. My name is David. I am an adult male survivor of sexual abuse perpetrated by my parents. The sexual abuse began in my early…
Read More